Learn that space is dangerous by protecting earth from various types of asteroids that must be deflected in various ways (some more effective than others).

Two users can play via standing at specific positions near the console. Using the kinect players can wave their outside arm to aim and use the inside arm to press one of five buttons (five buttons for each player) 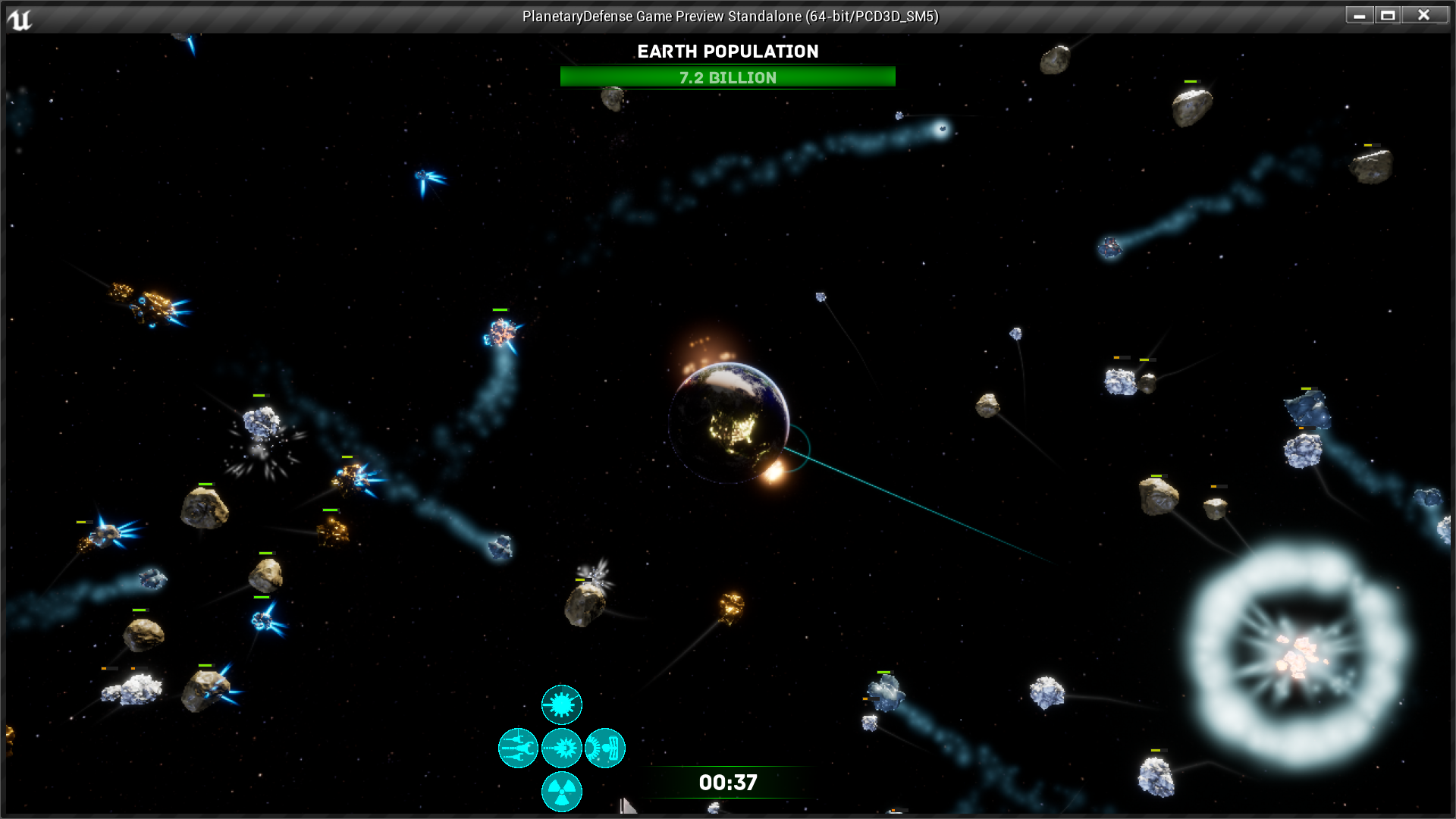 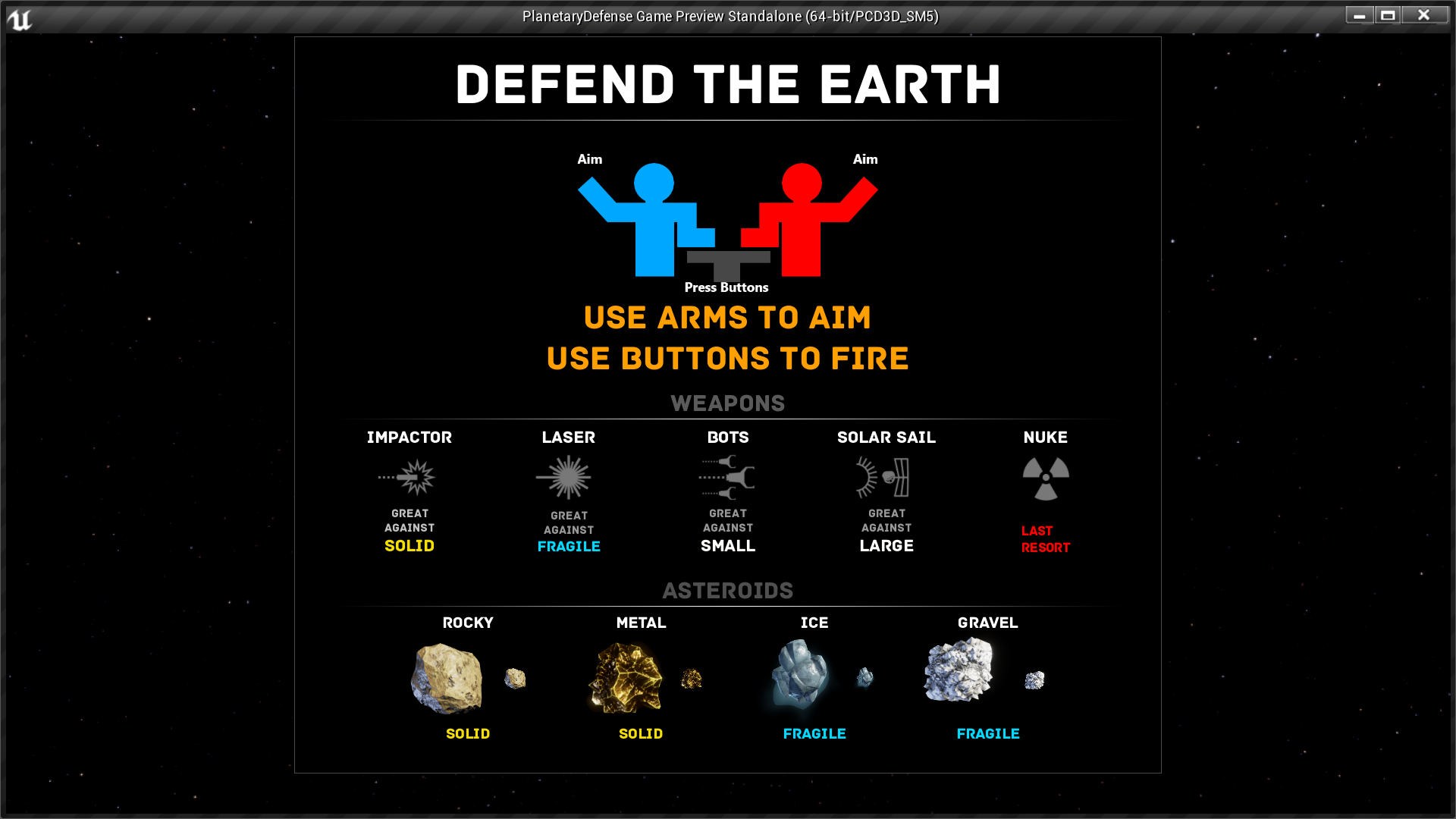 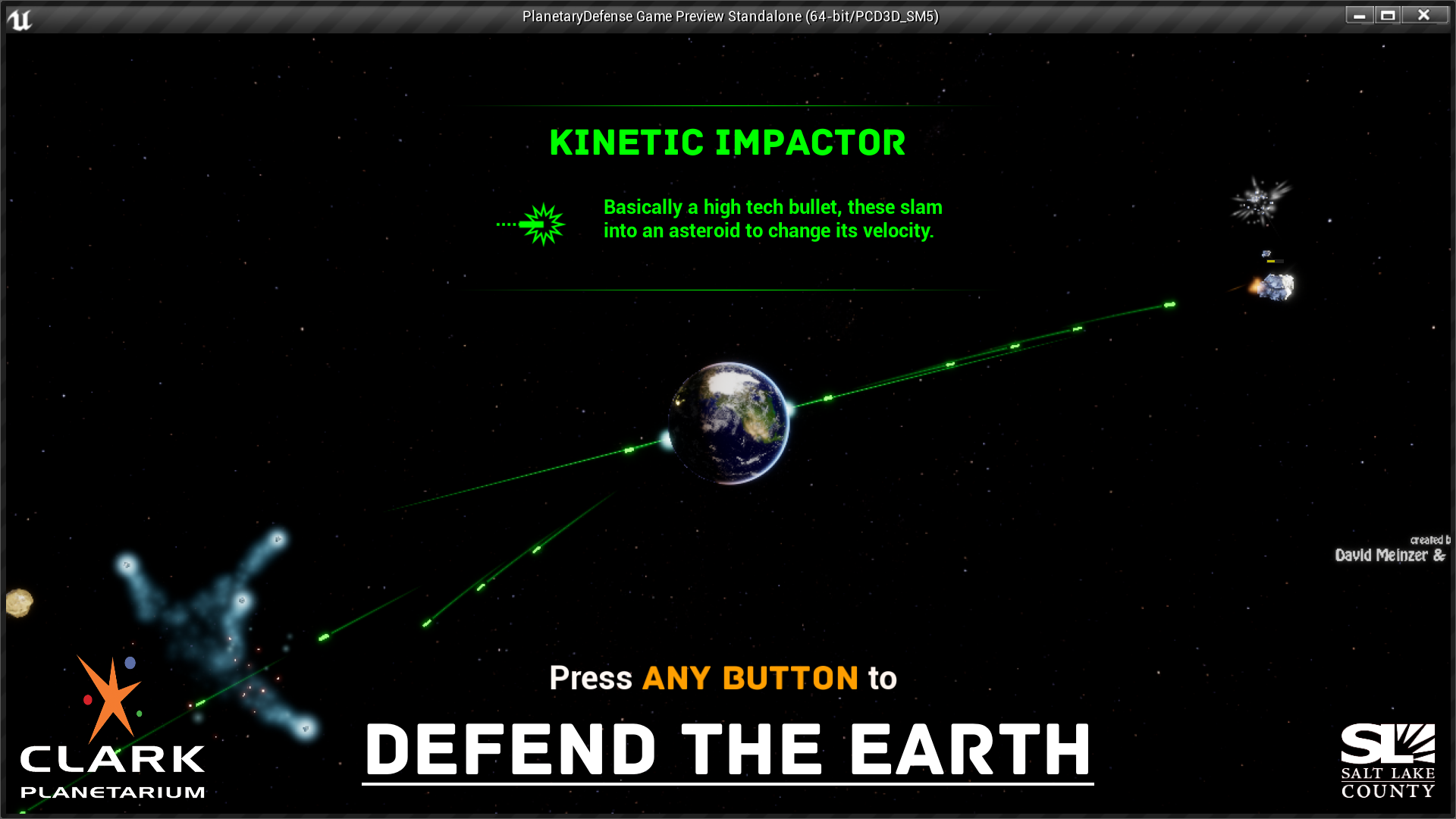 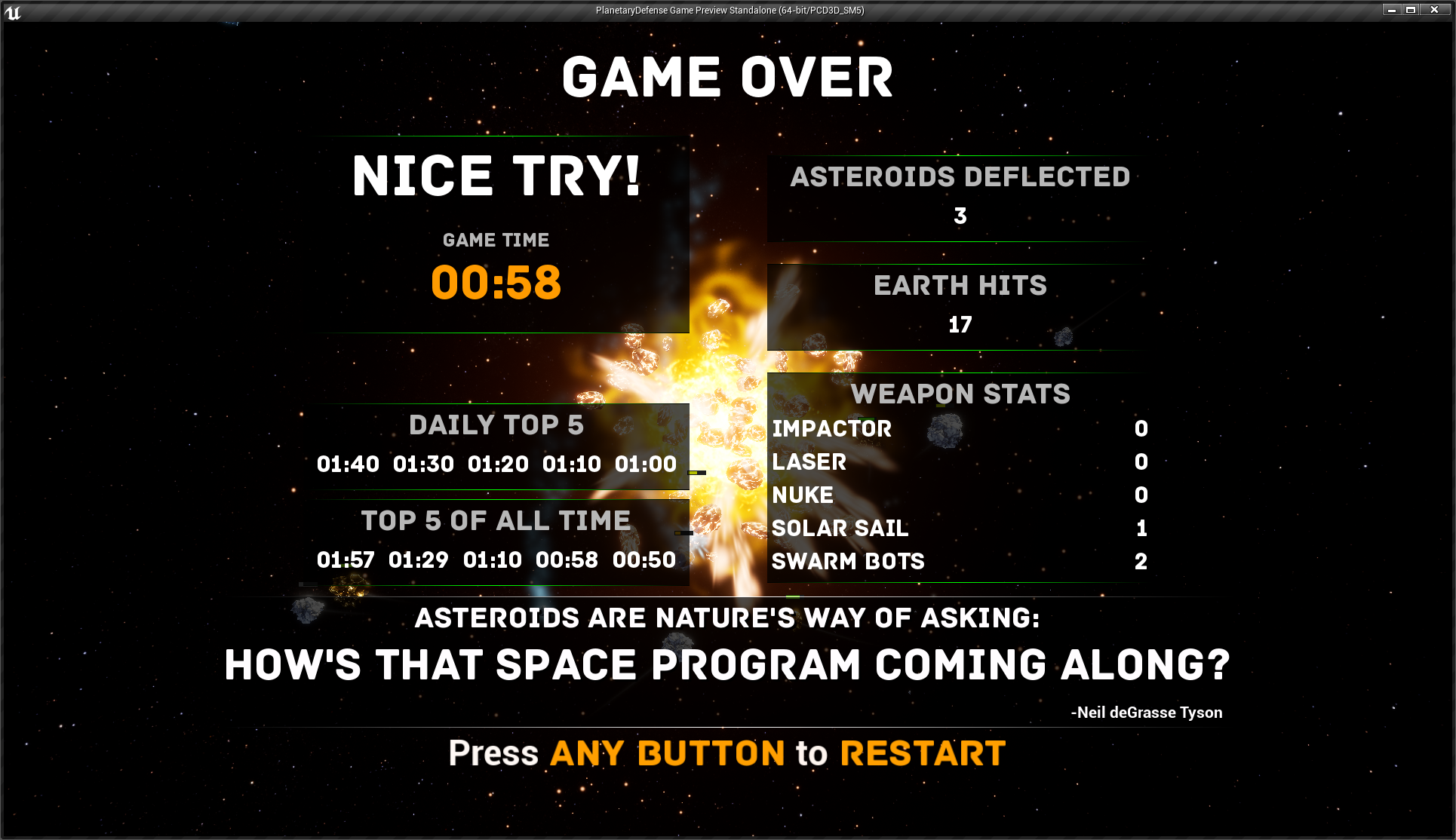 Average hold times are 3.5 mins. Guests will then get back in line to wait to play again.